How big a Pink Floyd fan are you that you chose to salute the band in your tribute show?
I am a pretty rabid fan. There are bits of music, particularly from the ’70s-era albums, that are just my favourite in the world. Hence our choice to pay particular notice to those albums in our show.

When did you first stage the Pink Floyd tribute show and how many places has it been staged to date?

Our first show was about two years ago, in the Norwegian Hall in Durban. We’ve staged the show here and there in KwaZulu-Natal since then, and we had three performances in Cape Town, which was fun.
We have also presented a tribute to Jim Morrison and The Doors, which we are very keen to perform again. Also, there are some other things in the works… but at the moment, I have to stay mum about!

How long have you been playing the guitar and what bands have you performed in over the years?
I have played for about 30 years. Apart from writing and performing with my own band, I’ve played with Uriah Heep’s Ken Hensley, Mrs B, Dilana Smith, Kurt Darren, LA Cobra and Shadowlord.

What is your ‘day’ job or are you a full-time musician?
I have worked as a software developer, on and off, for some time, but music has been my main job for the past 10 years or so.

Do you write/and or perform original work – and if so, how often and where?
Not lately, but there is a fair backlog of songs I’d like to have a look at again some time soon, as some of them aren’t too terrible!

What is your favourite song right now?
A song called Seemann, by Rammstein. There’s a version of it by Nina Hagen and Apocalyptica (a heavy-rock cello quartet) that is absolutely riveting.

The last album you bought?
I recently reacquainted myself with Steve Vai’s guitar music, particularly an album called Passion and Warfare. Quite apart from being technically fantastic, it’s full of quirks, strange ideas and
sounds. Vai is a Frank Zappa alumnus, and it shows.

Two of your favourite songs of all time?
Shine On You Crazy Diamond, which we do in the Pink Floyd show, and a song called Crystal Ship, by The Doors. It’s moody, pretty and shows off Morrison at his best, I think.

Three of the finest albums ever?
Mutter by Rammstein – there’s great songwriting, and it’s a nice mix of the band  eing both violent and tuneful! Wish You Were Here by Pink Floyd, of course! And Love Over Gold by Dire Straits. Some of their most gorgeous music, and a really ambitious album. Fantastic arrangements and production.

Song you hate the most right now?
Weirdly, for the past few days I have had an ear-virus: Patti Page’s How Much Is That Doggie In The Window. Inexplicably awful.

Worst song in history?
I love Ritchie Blackmore’s Rainbow, particularly the albums with Ronnie James Dio singing and writing, but their version of Since You’ve Been Gone sticks in my craw – and I’m not sure why. Graham Bonnet
does the vocal on that, and his voice does grate on me a bit.

I only recently found out that South African band Clout did a version of it too, and, in fact, did it first! That makes it worth a google at some point.

Song you most associate with your teens?
Rising Force by Yngwie Malmsteen. I loved his over-the-top guitar playing, and he always had fantastic singers.

Song you most associate with your early childhood years?
Lucy In The Sky With Diamonds by The Beatles. I suspect their ‘greatest hits’ double album was the first thing I ever put on a turntable to listen to, and I’ll always love their music. Like a lot of guys my age,
I learned to play by strumming ‘easy-chord’ versions of their songs.

The size of your music collection and the artists represented most there?
Very small right now! I really don’t listen to music much, or at least haven’t until recently again.

There are a couple of great technical metal bands I’ve been listening to again recently,particularly Megadeth and Children of Bodom. COB, in particular, is great… very fast, very aggressive and snotty, while being musically very clever. Also, fantastic dual guitar-playing, as well as lovely, fast counterpoints with the keyboard player. Not everyone’s cup of tea, but the band gets me quite excited.

Favourite radio station and DJ?
None right now, but I have fond memories of hearing fantastic music on what was called Radio 5, in the late ’80s.

The first time I heard things like Stairway to Heaven (should have included that as one of my favourites, of course!) and Metallica and Motorhead, was on that most commercial of radio stations. Different times.

The first time I heard Joe Satriani’s Always With Me, Always With You, was at two in the afternoon, prime time. on 5Fm. Who would have thought?

The local artists you most admire?
There’s a metal band I am very impressed with, with the unlikely name of Vulvodynia. It has a rather remarkable friend of mine on bass, Chris van der Walt – of the madly musical van der Walt brothers from
Pretoria. They are all brilliant, and great guys.

The band’s guitar-player is a young Durbanite called Kris Xenopolous, who is just a terrifying guitarist, with a great sense of fun too.

Artists from abroad that you most admire?
There are a couple of people I admire intensely, without really ever having listened to much of their music, or at least not as much as I would have liked to –  Tom Waits, for example. I think he’s just
remarkable.

Another guy like that is Nick Cave. I don’t like his sound much, but some of his lyrics are really very good.

Joan As Policewoman is another one of those, and I have always particularly loved Leonard Cohen. There are songs of his I can’t perform, purely because of the ‘choking-up’ factor.

Most over-rated people in the recording business?
Andre Rieu. Dreadful, bland, obvious stuff. There’s nothing wrong with people enjoying the sound of a really fantastic professional orchestra, but I don’t think the music is good enough for Rieu’s level of pretension.

Pet hate/s about the music scene in South Africa?
People complaining that the market is so small. Ha! It wasn’t ever very big, and now the global market is small too. Supply and demand is one of life’s unfortunate facts – like the internal combustion engine,
hey? 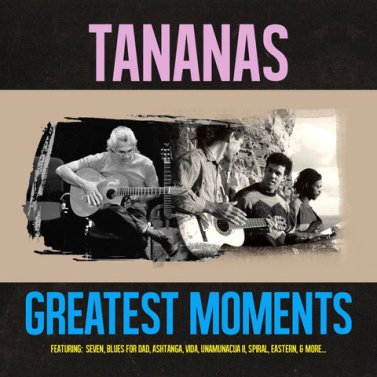 The one music act you would give the world to see perform live?
I’d have loved to see Dire Straits in its  prime.

Ever asked a music personality for an autograph?
Nope. I would almost immediately lose the thing, anyway!

Music acts you have seen live and loved?
Steve Newman and Gito Baloyi. I’d already seen Steve, and had recordings of him playing live in a duo with Tony Cox, but then I saw him play with Gito at the Eric Clapton concert in Swaziland.

They then went on to recruit Ian Herman and form Tananas, which I really loved. I saw them when I was studying music in Pretoria, and they were just incredible live.

Gito’s death was a terrible loss, and the fact that Steve is battling so badly these days is awful.

Best singing star ever?
Freddie Mercury, without question! There can only be one.

I would have to pick someone like a Mozart or Bach. They were amazing, and we are unlikely to see their like again… plus there’s no market for it.
If I listen to classical music, I am most likely to listen to Chopin, and not for any very clever reasons. He is just quite dark and dramatic, without ever being heavy-handed.

Best band in history?
If not The Beatles or Pink Floyd, then it would have to be Led Zeppelin. What a lovely range of stuff they did.

The styles of music you most enjoy – and least enjoy?
There’s not really any electronic music I like. It just doesn’t appeal to me at all. I really don’t enjoy repetitive, obvious things.

For happy, casual listening I’ll tend to stick with either classic rock or metal – obvious things like Iron Maiden or Judas Priest. It’s my era, after all. 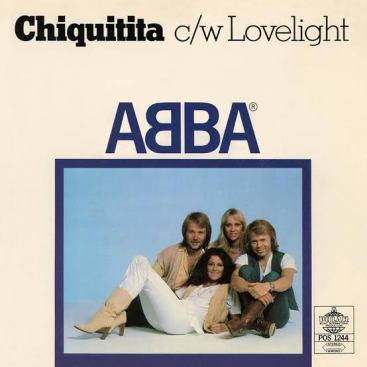 The most embarrassing artist represented in your music collection – and why is it there?
Manowar, I should think. It’s not clever, even by ’80s metal standards, and those are not high standards.

The one song that will always be guaranteed to get you on to a dancefloor?
There isn’t one! I can dance, theoretically, but shouldn’t.

The musical teaming you would most like to see?
Well, this isn’t answering the question as intended, perhaps, but Mark Knopfler teamed up with EmmyLou Harris. I never would have thought it would be my sort of thing, but it was remarkable to me. Two gorgeous, veteran voices, and Knopfler’s writing as lovely as ever.

Your choice of karaoke song?
The Final Countdown! What fun… and if I don’t quite pull it off, that is sort of the point.

The first song you ever performed for an audience?
My first proper stage experience was in a panto, as a chorus member, so it was probably something properly daft.

Guilty pleasure: a song you really feel you shouldn’t enjoy, but secretly do?
Pretty much everything by Abba, but particularly Chiquitita.

Worst decade for music?
The ’90s weren’t great for me, but I’ve discovered things from then, more recently, that are startling. Chris Cornell was someone I took no notice of at the time, but now I don’t know how I could have missed him. He was an astonishing singer and songwriter, a true artist.

Hottest-looking celeb?
I’m a married man, and hope to remain so. So I’m going to stay shtum!

Instruments you can play?
Guitar only, really. I was tone-deaf when I started, and I had to work really hard and long to get any good at it at all. I’m not about to start again on anything else, certainly.

The song you’d like to be played at your funeral?
Manowar’s Heart of Steel. Very silly, fun and over the top.

The song you find the saddest?
There are a ton of Leonard Cohen songs, but something I heard recently was a version of Richard Thompson’s Dimming of the Day, by Bonnie Raitt. Lump in my throat every time.

Two dead icons you’d most like to invite to dinner?
Leonard Cohen, of course, and Peter Ustinov. They’d be terribly witty and sociable. I could just sit quietly and listen.