BY 1969, the legendary Judy Garland had graced stage and screen in a career lasting more than 40 years, winning hearts around the world with her wit, warmth and vocal ability.

“I’m one of millions and millions through the generations who fell in love with her” says Renée Zellweger of her character in the film Judy. “She’s beloved and internationally revered as arguably the greatest entertainer who has ever lived.”

Yet despite this, 1969 saw a very different Garland to the child star of the 1930s and the Hollywood celebrity of the 1940s and 1950s.  Hard living had made her unreliable and, as the work dried up, she had fallen into debt and lost her home.

In an attempt to earn money to provide for her young children, Judy accepted a lucrative job singing for a five-week season in London at The Talk of the Town, Bernard Delfont’s fashionable dinner and cabaret club.

London was a last resort for Judy in many ways, says Judy screenwriter Tom Edge: “London was one of the last places that still had fond memories of Judy that were relatively unclouded.  For Judy, it was both a rare lifeline and an opportunity to stare down her critics and prove to herself and others that she still had what it took.”

It was a period that playwright Peter Quilter explored in his successful stage play, End of the Rainbow, which the film’s producer, David Livingstone, saw and was inspired to develop into a deeper exploration of the character of this global icon.

After acquiring the rights to Quilter’s play, Livingstone drafted in the award-winning writer Tom Edge to translate it to the big screen: “David asked me to take a look at the play, as he felt that there was a great story to be told about Garland’s time in London.

“I didn’t know much about her – if anything I carried with me the cliché of Garland. But as I began watching her TV interviews from the late 1960s, I quickly saw that this was someone who was really warm, witty, sharp and self-aware – someone who knew what the clichéd view of her was and who was prepared to play with that.  Writing that character, trying to find my own version of Garland, felt like a great challenge.”

Edge widened the scope of the story to include glimpses of Judy’s past, helping the audience to better understand the present-day Judy they see on screen.

But he was also determined not to make Judy feel like a victim of her past – she was a survivor and she never gave up – it was this quality that so inspired her legions of fans and that Edge wished to celebrate at the end of his screenplay.

“David had been talking to me about the film for some years,” says Cameron McCracken, one of the Executive Producers of the film and Managing Director of Pathe, the film’s principal financier and distributor, “but I was hesitant because of the perception of Judy as a tragic figure.

“What changed my mind was the script that David developed with Tom.  It did not shy away from the tragedy in Judy’s life, but it managed to celebrate her genius and her indomitable spirit – she was revealed as an inspirational rather than a tragic figure. And the film’s ending was wonderfully uplifting!”

That strong reaction to the material was shared by BBC Films and Ingenious Media, both of whom came on board early on to support the production.

For the award-winning director, Rupert Goold, “One of the things that really drew me to the script was that it was very specifically about two moments in Judy’s career: the beginning and the end, and I felt there was an opportunity there to avoid the pitfalls of the linear ‘then this happened next’ biopic.

“The film could become a sort of passion play about the tragic end but ultimate apotheosis of a kind of secular saint. Both an origins story but also a final redemption.”

Taking the story away from the usual biopic structure – a chronological sprint through the “best bits” of a person’s life – and instead to focus in depth on a particular moment in time, was also a major selling point for its leading actress, Renée Zellweger.

She says” “I thought there was an opportunity to explore something that isn’t often considered when you’re thinking about this larger than life personality –what it was that she delivered in her work and what it cost her.

“This was a period in her life when she was working because she needed to work, but physically needed to rest. Her voice, the thing that gives her value and self-worth, is also the thing that she’s destroying in order to be able to take care of her children.”

The film, also featuring Rufus Sewell, Michael Gambon and Darci Shaw, looks at why Judy’s performances took so much out of her.

“Most people put on a veneer when they’re in front of a camera or an audience,” says Zellweger, “I think with Judy, you got the real person.”

Capturing the nuances in character and the spirit of fun that Judy never lost was vital for Rupert Goold, too: “I was interested in trying to reconnect with the sexy, witty, dangerous, emotionally available side of her.”

Rosalyn Wilder, who looked after Judy on behalf of Bernard Delfont during her time in London, was able to provide an account of her time with Garland and at The Talk of the Town. After tracking her down via a Judy Garland fanzine interview, her guidance as a consultant on the film would prove indispensable. 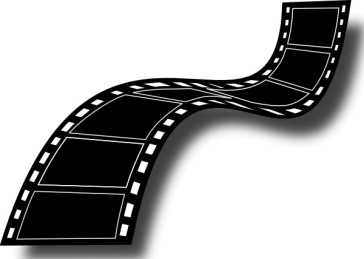 “Rosalyn was the unlocking of everything about this story; the whole film really changed because of her,” explains producer Livingstone. “She’s a terrific woman – funny, unsparing, with a huge amount of insight into the world of 1960s London dinner clubs and into what Garland was like in person.”

Explains Rosalyn Wilder: “My first impressions of Judy Garland were that she was extremely tiny, very fragile, and rather quiet and that somehow one wanted to protect her. She wanted to be able to talk to you and to trust you.

“People are either stars or they’re not. People either walk in to a room and they’re important and you know they’re the centre of attention, or they’re not. Judy Garland was.”

However, although the concerts started well, “it was a difficult few weeks” as Rosalyn tried to manage Judy’s notorious time-keeping.

“Rosalyn and Judy have one of the most interesting relationships in the film.” comments Rupert Goold. “You have a very normal working girl, sceptical about the rubbish that attaches to artists and celebrities, encountering an old-fashioned diva.”

Jessie Buckley, who was drafted in to play the role of Wilder in the film, comments : “I think they struck up a friendship because there’s a point when the masks drop for both of them and they see that each is just trying to get on with their life, the way they want to live it, without having to play to something or someone else.  Rosalyn’s professionalism is something that overrides her personal feelings, yet Judy manages to crack her. They definitely form a friendship of sorts.”

For Livingstone and Goold, Zellweger was the obvious choice to play the part of Judy.

“There was no one else who had the ability to sing, act and be comedic in that way. And by good fortune, Renée was the same age as Judy at the time she gave these London shows,” explains Livingstone.

“We needed somebody who has a bit of the comedienne about them, because Judy was hilarious and known for it,” adds Goold. “I think because Renée has done a lot of hugely high-profile comedies, people may forget about films like Cold Mountain, for which she won an Oscar, and some of the other dramatic films she’s made.

“She has something that, despite the fact that she is extraordinarily beautiful and talented, reaches out and connects to real people at some level.”

Zellweger had her own motivations to tell this story: “As a creative person, there’s nothing that’s more exciting than to be taken out of your comfort zone. I also wanted to look at those in-between moments that seem to get left out when you’re telling the story of a person you think you know.”

With Renée on board, the next step was to capture the look of Judy Garland.

David Livingstone explains: “When Renée took on the role, she wanted to make sure it had honesty, integrity and authenticity, so it didn’t look like a caricature.”

A year before the official rehearsal process began, Renée started training with a vocal coach in the US, before finally rehearsing for four months with the film’s musical director, Matt Dunkley.

“What appealed to me about this film project was that it’s such a unique opportunity to revisit these classic songs and the wonderful American song book, with some really wonderful arrangements,” says Dunkley. 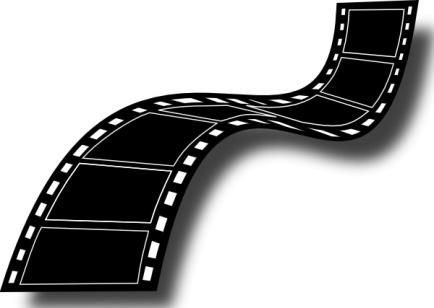 Despite having previous singing experience in such films as Chicago, training to become Judy Garland was a huge step into the unknown for Zellweger. Immersion in all things Garland was the key.

Zellweger adds: “I had many moments in the car when for that whole year Judy was riding shotgun. I listened to her music and her speaking, I researched the stories – the whole thing.”

Encapsulating such a singular figure wasn’t just down to the singing – the distinctive accent, tone of voice and movements during the on-stage performance, all had to be mastered.

Dunkley always had confidence in Zellweger’s ability on that front: “She’s an actress who can sing rather than a singer who can act. So, I always knew that the acting side of it was going to be fantastic.

“She trained with a speaking voice coach to get the sound of Judy’s voice and her pronunciation and she worked with a choreographer to get her mannerisms. Judy was quite twitchy in her body movements and Renée’s capturing of that was amazing.”

Rupert Goold was equally impressed by Zellweger’s physical transformation: “One of my favourite parts of her performance is how she holds her shoulders. Judy had this curvature of the spine and it made her look much older and frailer than she really was in the later part of her life.

“On the first day I thought, ‘Oh wow, THIS is a proper actor, this is somebody who is playing a role, not just putting on an outfit’.”

3 thoughts on “Looking beyond the rainbow”