Mike Raftery, Will Wallace and I will be presenting our show, Chimes of Freedom: Songs of Protest, Persuasion and Politics, at the Rhumbelow Theatre at 2.30pm and 6pm on Tuesday (September 24), Heritage Day. Most recently, I presented three musical talks at the Hilton Arts Festival – on fiddle music, the music of Louisiana and African guitar heroes.

I listen to so much music that it’s almost impossible to have a favourite current song at any particular time.

The last album you bought?

I have bought more than 100 albums in the past two months, which is a few more than I usually do, but not that unusual in my life. I usually buy at least a few hundred every year.

The latest batch to arrive included Irish music, Tuareg music, classic soul, loud guitar rock, a mandolin genius, Weyes Blood who is a contemporary singer/songwriter that I really like, and the Lynyrd Skynyrd Christmas album.

My latest major purchase was the 14-CD box set of Bob Dylan’s Rolling Thunder Revue. Why do I buy them? Because people all over the world keep releasing such fantastic music. 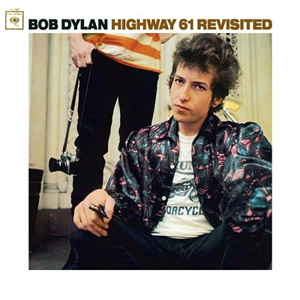 Bob Dylan’s Like a Rolling Stone is likely always to be number one in my life – it pretty much changed popular music and the way serious listeners hear it. For the rest, the field is crowded with genius, but Sam Cooke’s A Change Is Gonna Come is invariably near the front, as is the very early Elvis Presley single, Mystery Train.

Three of the finest albums ever – and why?

Highway 61 Revisited by Bob Dylan, for the same reason as Like a Rolling Stone; Marquee Moon by Television comes close to being my favourite guitar record; and the songwriting on Townes Van Zandt’s Live At The Old Quarter is still hard to top more than 40 years later.

If I am permitted a favourite album that just about nobody has heard but should, it would be a toss-up between Neu! by Neu! and Big Star’s Third.

I pretty much never listen to the radio in South Africa except for cricket commentary (BBC Radio 6 is a notable exception when I’m in the UK, which is quite often.) So I hardly ever hear a song worth hating.

My goodness, that’s hard, but a fine song, Dolly Parton’s I Will Always Love You, was murdered by Whitney Houston to the extent that I definitely prefer the version played on chainsaws by the Texas Chainsaw Orchestra. Also. I Wonder by Rodriguez which, although not a great song by any means, has been routinely slaughtered by a thousand braai guitarists and folk-night wannabes.

My parents bought me Dylan’s Highway 61 Revisited for Christmas or a birthday and I became hooked on Like a Rolling Stone. 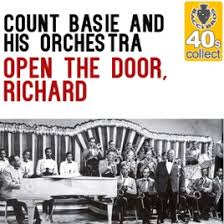 Possibly Count Basie’s Open The Door, Richard, as the lady who did our ironing always used to sing it when she saw me. It was only years later that I discovered that there was more to it than just “Open the door, Richard, open the door and let me in”.

Massive! I have several thousand LPs, many hundreds of singles and cassettes, and probably, at a complete guess, around 15 000 CDs.

I have hundreds of Bob Dylan albums, including many bootlegs, and tend to be almost complete when it comes to virtually any artist I like, but I also have more than 50 albums by each of Ry Cooder, Miles Davis, Bill Frisell, Bruce Springsteen, Richard Thompson and Neil Young.

There are many, but Marcus Wyatt, Guy Buttery, Derek Gripper and Madosini will always be up there. If I can include those no longer with us I would immediately add Malombo, Mahlathini & the Mahotella Queens and the Blue Notes and their offshoots.

Here I’d be tempted to say Queen, Phil Collins and, even despite his cult status, Rodriguez, but there are really too many to mention.

Just the general lack of enthusiasm for interesting music, which has been a problem my whole life and which has led to a desperate shortage of decent venues, decent radio, decent record shops, decent magazines and the idea that what we have been given access to is all the worthwhile stuff there really is.

I’ve been unbelievably lucky with live gigs and can’t really think of any living artist who fits that bill. Maybe Ry Cooder.  The last of the big names on my personal list was Neil Young and I saw him about two months ago.

I reckon my favourite concerts were Bruce Springsteen in Cape Town, Nick Cave in Gateshead and Calexico in Liverpool. But those that come close are Bill Frisell at the Royal Festival Hall; Bob Dylan at the Royal Albert Hall; Emmylou Harris at the New Orleans Jazzfest; Burning Spear and Baaba Maal at the House of Blues; the Flatlanders in Austin, Texas; Lucinda Williams and, just before that, Kronos Quartet, at the Barbican  few weeks ago.

I usually say Aretha Franklin, but only up to a certain point in her career. Otherwise Sam Cooke and Mavis Staples.

My favourite guitarist is Bill Frisell and I am constantly astonished by a huge number of exceptional musicians across all genres, but of all time it might be Miles Davis.

No idea, but my half-dozen favourites may be the Ramones, the Byrds, the Kinks, Big Star, Neu! and the Stanley Brothers.

I love pre-war blues, traditional folk music from just about anywhere, reggae and dub, bluegrass and old-timey, Krautrock, classic soul music, loads of rock, country, World (whatever that may be), jazz and classical music, and more electronic music and hip-hop than people seem to expect of me.

I least enjoy the mainstream of pretty much all styles of music, whether they be Strauss waltzes or Elton John, Celine Dion or Glenn Miller, Bryan Adams or U2. Most radio pop hurts my ears.

The one album I told my wife I might have to justify after buying it in a bargain bin for R10 was the Tiny Tim Christmas Album, but I collect and annually compile off-the-wall Christmas songs and, as I said to her, people leave their Phil Collins albums lying around without any thought for how I might feel about that.

I’m not a dancer but good funk (James Brown, the Meters, Funkadelic) or reggae (Burning Spear, Toots & the Maytals, Culture) will probably do it.

I’m not much of a fan of industry-designed musical teaming. I was less disappointed than some when Neil Young didn’t join Bob Dylan when I saw them in Hyde Park.

Your choice of karaoke song (and why)?

I don’t have one and dislike karaoke generally, although I loved the Sex Pistols’ God Save the Queen sung by the Japanese karaoke singer in the film, Lost In Translation.

The Beatles’ I Saw Her Standing There when I was 11 or 12, at a primary school talent show. I sang it unaccompanied and, for some unfathomable reason, didn’t win.

Tiny Tim’s version of Rudolph the Red Nosed Reindeer, although it’s on one of my Christmas compilations, so it’s not really that much of a secret.

I believe that every musical year is as good as every other if you just look hard enough, hence the size of my record collection.

Guitar (mainly slide guitar), dobro, Weissenborn, lap steel, mandolin, bouzouki, dulcimer, tin whistle, a bit of banjo and some other stringed stuff – I have a fiddle, a ngoni (from Mali) and an anandi (from India), which are projects for further investigation.  I also have a piano that I’m unlikely ever to get to in any acceptable way.

I used to say The Pearl by Emmylou Harris but I’m not as sure about that as I once was. Maybe Emmylou Harris’s version of Julie Miller’s All My Tears which was played at the funerals of two very close family members.

Doc Watson’s Your Long Journey and Sam Baker’s Waves – you only need to google the lyrics to see why.

If they’re to be together, then either Robert Johnson and Jimi Hendrix or Elvis Presley and Miles Davis.