I’m currently busy with a show for the Rockwood Theatre in Umhlanga. It’s Super Bands and it is definitely one of my personal favourites.

What is your favourite song right  now?

Probably Above the Law by Hardcore Superstar.

The last album you bought – and why?

The No More Tears album by Ozzy Osbourne. For me. that album marks the best time in Ozzy’s career, with Zakk Wylde on guitars. If I had to recommend an Ozzy album, it would, without a doubt, be No More Tears.

Wild Side by Mötley Crüe and Bad Medicine by Bon jovi.

For me, one would be The Crimson Idol by Wasp, as the whole album has a back story which is really deep. Second would be Ozzy Osbourne’s No More Tears. Third would be Mötley Crüe’s Girls Girls Girls from 1987.

Just about anything you’ll hear on the radio these days.

Too many to mention, but probably a Justin Bieber song.

Probably Wild Side by Mötley Crüe.

Songs you most associate with your early childhood years?

Wheel in the Sky by Journey and Metal Health (Bang Your Head) by Quiet Riot.

I’ve got quite a large selection of music, however it mainly consists of rock bands from the ’80’s – like Steelheart, Aerosmith, Bon Jovi, Mötley Crüe, Extreme and the like.

I don’t listen to the radio.

Josh Ansley, Pedro Barbosa and many of the musicians and performers at The Rockwood Theatres in Pretoria and Durban, as well as on The Barnyard Theatre circuit. Some exceptional talent out there.

Too many to mention, but I think Kanye West is extremely overrated.

My pet hate would be cheap Afrikaans music or over-produced electronic dance music.

I’ve been to a Rammstein concert and that was just brilliant. All the pyrotechnics were was just amazing. Definitely an unforgettable experience.

Apart from the obvious ones like Freddie Mercury and Robert Plant, I think Miljenko Matijevic from the band Steelheart must get an honorable mention. 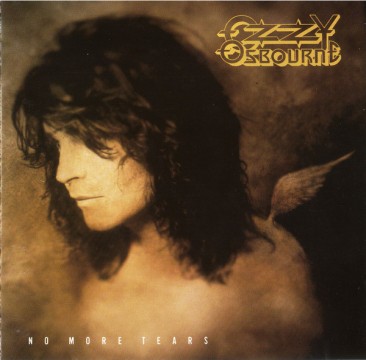 I don’t think there will ever be a “greatest musician of all time”. I think it’s completely subjective. However, I do think the old classical masters like Beethoven, Bach, Mozart and Vivaldi were absolutely amazing, especially for their time. For what they had at the time they wrote timeless, intricate music.

Again very subjective… but it would probably be between Queen and Led Zeppelin.

I love my rock but I also love flamenco and salsa music. I can’t say I’m a big fan of R&B or hip-hop.

The most embarrassing artist represented in your music collection?

I don’t have any embarrassing artists in my music library… at least, not that I am aware of.

I am not much of a dancer but when Volare or Bamboleo from Gipsy Kings come on, I’m there.

I would really love to see Nuno Bettencourt and Steve Tyler work on an album together.

Du Hast from Rammstein, because it’s easy to sing.

I Love Rock and Roll by Joan Jett and The Blackhearts.

Apart from guitar, I can play a little bit of piano.

Highway to Hell by AC/DC !

The song you find the saddest (and why)?

The Idol from the band Wasp. Actually that whole album is very dark and sad.