IT’S back again, boys and girls – Durban’s annual naughty adult panto which now, in its 22nd year, nudges and winks at the Princesss and the Pea fairytale.

Titled Twice Upon A Mattress – the Story of The Princess and The P, the show is filled with song, slapstick, satire and sexual innuendo. It will run from Wednesday, November 21 (not November 13 as in posters) until January 12.

“This festive season, the adult panto will again be staged in the quaint supper theatre venue, OnStage@Altitude, in Silver Ave, Stamford Hill. It guarantees a fabulous evening of light-hearted entertainment before partying the night away in the venue which transforms before your very eyes into a dancefloor,” says a spokesman.

“The coloured strobes from the venue extend over Silver Avenue to reflect on the walls of the buildings opposite; the bustle of the normally active road is serene and your vehicles are quite safe under the watchful eyes of a car guard or two, so that you can truly forget your cares and chuckle away at the on-stage antics.

Over the years Durban’s small-scale adult panto has been staged in various venues/theatres until it became a flagship production at Suncoast Casino for five years.

Sadly, due to renovations at the venue, the team again had to find new premises. Luckily Club Altitude opened its doors, providing a quaint, 80-seater venue since 2016.

Forty-two performances are scheduled for over the festive season for a show which is a popular pick as a year-end function for corporate companies. 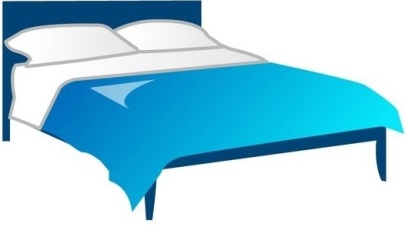 Twice Upon A Mattress – the Story of The Princess and The P is described as “a potjie filled with delicious South African flavours and  spiced with sarcasm, innuendo and double entendres”.

Thomie Holtzhausen – the adult panto director and scriptwriter – is celebrating 11 years with the team. He plays the halfwit King FimBriated as well as  Queen InnieBriated.

Jaziel Vaugh’hann returns to the panto stage with aplomb as various eager dames trying to get to the crown. The comical Mpilo Nzimande returns in the role of the romantic lead, Prince Ample. Newcomer Philisiwe Ntintili portrays both The Princess and the palace fairy, Miss Behave.

Gather your friends, family, colleagues and cronies – bring along a picnic basket (there is no restriction on the food being brought into the venue) and support the venue’s bar.Cost is R150pp. Tables seat 8 and there are only 10 tables in the venue.

The venue allows patrons to take along a picnic basket (there is no restriction on the food being brought into the venue), but no beverages are permitted as there is a bar on the premises.

The panto is to be staged from 7.30pm to 9.30pm every Wednesday to Saturday, when tickets cost R150 each and seating is at tables of eight. There are only 10 tables in the small venue

For any further information, or to book as a group, contact Thomie of It’sTaboo Production at 064 476 9533. Online bookings can be done on Quicket.