FOUR years have skipped by since I first enjoyed the Wild Waves Water Park attraction at the popular Wild Coast Sun Casino that nestles in 750 hectares of lush coastal land in Port Edward, formerly part of the Transkei.

So it was with a wide grin that my partner and I braved weird weather – a constant alternation of torrential rain and sun – to take the almost-two-hour drive from Durban on a Friday to experience it again recently.

We’d planned a whole weekend getaway at the family-friendly resort that is just within the Eastern Cape, a kilometre over the border from KwaZulu-Natal, and, thankfully, the weather had got a lot better up by the time we hit the water park on Saturday afternoon.

The Wild Coast Sun, which is in natural bush between the Umtamvuna and Mzamba rivers, overlooking the Indian Ocean, is always a great place to unwind, and the water park has become one of its biggest draws in a relatively short time.

Created at a cost of R80 million, it is a short walk from the main hotel complex, alongside the gym, squash courts and bowling green in the sea-facing area that was once a car park and the old Beachcomber restaurant and mini casino.

In fact the old Beachcomber restaurant, with large stone walls, built when the casino opened decades ago, still stands, but has now become a Steers. Also, a few metres away, what was once the entrance to the casual Beachcomber gambling area is now a spa for children, would you believe.

Opposite the Steers is the reception and ticket area for the water park and change rooms, a paved area from which leads to a wood and rope bridge that ushers you to the entrance of the water park.

Wild Waves Water Park features colourful slides imported from Whitewater West in Canada and they are huge fun – best of them, for me, being the giant SuperBowl which has you sliding down into and whizzing around a giant bowl before disappearing down a funnel into a pool.

The speed slides are tall, fast and steep, and particularly popular are The Boomerang, which rocks sliders from side to side before letting them experience total weightlessness; and the novel Aqua Loop, which provides the ultimate body-slide adventure in a capsule, starting with your floor space giving way while you stand in a capsule with arms crossed.

Many people climb the many steps to get to the Aqua Loop capsule, only to chicken out at the last second. I’m one of them – I have still to pluck up the courage – but my son and partner are huge fans.

The park also offers a wonderful, children’s interactive area, KidsZone, where every few minutes a giant pineapple at the top of a large structure depicting colourful flora and fauna, containing slides and other fun fare for the young, fills and topples water on to everyone below. It’s like a water wonderland jungle gym contraption.

Also great if you want to take things a little easier is the slow tube ride along the park’s lazy river.

Opening hours are 9am to 5pm every Monday to Sunday during peak season. The park is closed on Mondays and Tuesdays out of season. It is open, out of season, from 10am to 4pm every Wednesday to Friday, as well as from 9am to 5pm on Saturdays, Sundays and public holidays.

The cost to enjoy the park for the day is R100 per person out of peak season and R160 a head in season, with pensioners and anyone under 1,2m in height paying half price. Worth noting that there is a special price of R40 a head for anyone staying at the hotel.

Close to the Steers at the park entrance one can buy tickets for horse and pony rides along the beach, and also take a ride on Segways or quad bikes. But these are a little costly – R310 for a 30-minute quad-bike ride; R230 for 45 minutes on the Segway.

When it comes to outdoor entertainment at Wild Coast Sun, always big draws, certainly with my partner, are skiing, canoeing or other activities in the spot close to the iconic bridge over the Umtamvuna River.

Sadly, however, that area has been temporarily closed due to maintenance work on the wooden jetty, which is buckled and twisted at one end, probably as a result of recent storms. Also, the casino is in the process of arranging for a new water sports operator to soon move into the spot.

Of course, there is always the welcoming main pool overlooking the ocean, for use by hotel residents only, which in recent months has welcomed a new attraction – two Thai massage gazebos where beauty therapists offer a range of spa treatments. There is also a new Thai restaurant in the casino’s Aloha Village area, which offers many attractions for children and also caters for video game lovers, tenpin bowling fans and fast-food junkies.

Around the casino’s main pool and nearby smaller pool for children is the impressive, large Driftwood Terrace venue, where one can grab a light bite or have a drink around a circular pub that looks down over a moat-like swimming pool moat that leads to the main pool outside.

Talking of bites… the casino’s long-popular Chico’s restaurant has lost its blue tablecloths and hanging baskets of red flowers since I was last there, and the once-sumptuous  buffet has become leaner…but so too has the price.

The venue now offers value in its nightly buffet which serves a choice of three salads, three puds, soup, a roast with veggies, a very good lamb curry, and stir-fry options, Pretty good for R125 a head, although the Saturday night we were there, the room was packed and noisy. Rather get there very early or very late to avoid the queues.

The Chico’s breakfast (included in your hotel stay, but otherwise R170 a head) is not nearly as wonderful as it once was – who remembers the early Wild Coast Sun days when oysters were part of the breakfast buffet? – but offers a substantial choice that includes the usual eggs to order, bacon, beans, sausages, cereals, fruit, croissants and other pastries…even spaghetti (?) the days we were there.

Of course, the lure of the casino tables and machines is still a strong reason for most visitors here, but after a brief flutter I always much prefer the escape and enjoyment of a long walk along the rock-flecked, rugged beach.

There is also a busy convention centre at the hotel and an 18-hole championship golf course.

The Wild Coast Sun’s e-mail address is wildcoastmvg@suninternational.com. The telephone number there is 039 305 9111. 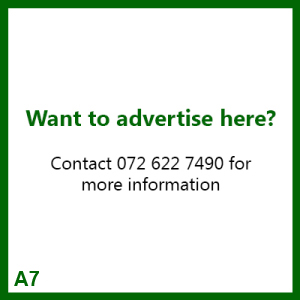 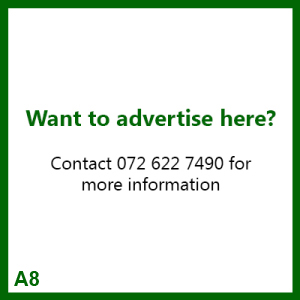