I HAVE to admit I arrived at this show a little tired, so not in the greatest of moods, but two hours later I had a broad smile on my face, had joined most in the audience to stand up and dance alongside the supper theatre’s tables, and was leaving with a spring in my step.

Gotta Lotta Soul, let’s put it out there, gets my vote as probably the most fun party show entertainment to date at this quaint, unpretentious venue in Umbilo’s Cunningham Road, off Bartle Road.

Multi-talented Durban musician Andy Turrell puts aside his guitar for this show to handle drums throughout, and does a mighty fine job, his customary sombre facial expressions notwithstanding.

This show belongs to Smith, however. A former security guard who has been working the cabaret and musical compilation show circuit since the 1980s, he is a charmer of note and one of the most soulful-voiced singers around.

With Gotta Lotta Soul he makes a welcome return to the city of his birth after a good few years of touring nationally on the Barnyard Theatre circuit. He was last here in the now-defunct Gateway Barnyard’s Amadeus Rocks, last September.

Welcome home, Percy – and let’s hope we see a lot more of you at this venue as its intimacy seems tailor-made for your talents.

Minimal patter links the songs assembled for this show, which opens strongly with Percy handling Marvin Gaye’s I Heard It Through the Grapevine, followed by Marion with Dancing in the Street and Percy again with My Girl.

After some casual dialogue and songs associated with Otis Redding and Ruth Brown, we get a great mash-up of Sam Cooke’s You Send Me and Cupid, which leads to a first-half highlight in Percy’s delivery of Redding’s Sitting On the Dock of the Bay, and both Percy and Marion performing the catchy Knock on Wood, a hit for both Redding and, in the disco era, Amii Stewart.

Before interval we get Percy wowing with a rendition of Mustang Sally, Marion perky in a green-and-black polka-dot dress for a delightful medley of Supremes gems, and an amusing surprise that has Percy in outrageous drag for a fun and novel performance of Minnie the Moocher. 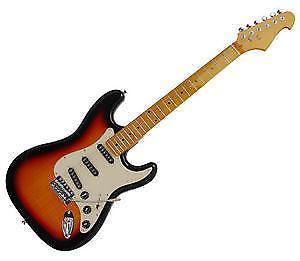 The second half opens with the band setting toes tapping with the instrumental hit Green Onions, before chart successes including Percy Sledge’s When a Man Loves a Woman, the Aretha Franklin classics Think and Respect, and Marion’s delivery of the Etta James ballad, I’d Rather be Blind.

Percy gets into mickey-take mode again, with bad wig and cape, for a crowd-pleasing rendition of James Brown’s This is a Man’s World, and the crowd is lapping it up by the time he delivers Try a Little Tenderness and In the Midnight Hour. In between these songs we have keyboardist Calli taking lead vocals for a well-received Chain of Fools.

Other numbers in a show that seems to whizz by, it is so much fun, include the fun Shake a Tail Feather, Land of 1000 Dances, Rescue Me, Hit the Road Jack, I Got a Woman, Treat Her Right and the encore crowd-rouser, I Feel Good. It all adds up to being a total jol!

Note that Patrons may take along their own snacks but drinks have to be bought at the theatre pub.

2 thoughts on “One of the best party shows to date”