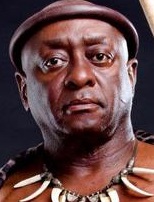 This day in 1988 saw Sarafina!, the hit musical by Mbongeni Ngema (pictured), transfer from the Lincoln Centre to Broadway’s Cort Theatre. It went on to receive five 1988 Tony Award nominations, including one for best musical.

On this day in 1956, Elvis Presley made his first TV appearance, while on this day in 1965, The Who appeared for the first time on British television. Still talking television, not that today, in 1960, marked the final episode of the BBC’s The Goon Show.

John Lennon took his classic Imagine to the top of the Springbok Radio singles chart on this day in 1972. It spent two weeks there. Just saying…