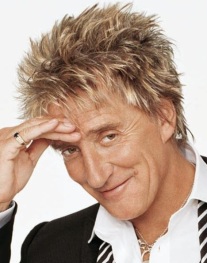 It was on this day in 2009 that Black Eyed Peas singer Fergie (then aged 33) married actor Josh Duhamel (then 36) at Church Estate Vineyards in Malibu, California.

On this day in 1952, the Cecil B DeMille movie, The Greatest Show on Earth, premiered in New York before it went on to take the 1953 Oscar for best picture. It starred James Stewart and Charlton Heston.

On this day in 1973, Little Jimmy Osmond was crowning the British singles chart with Long Haired Lover From Liverpool, a song that spent five weeks at No 1, having becoming the country’s Christmas No 1. Just saying…