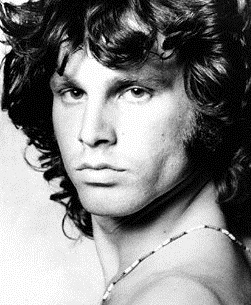 It was on this day in 1970 that a then-26-year-old Jim Morrison (pictured), lead vocalist with The Doors, married author Patricia Kennealy, then 24, in a Celtic pagan ceremony.

It was on this day in 1990 that rocker Little Richard was awarded a star on the famous Hollywood Walk of Fame.

The anthemic We Are the World by USA For Africa rose to the top of the South African singles chart on this day in 1985, staying there for two weeks. Just saying…