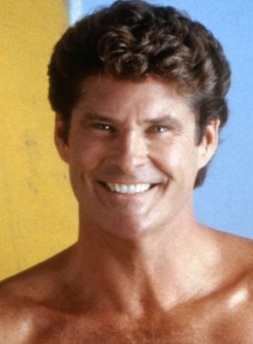 Baywatch and Knight Rider star David Hasselhoff (pictured) turns 69 today, while Canadian actor Donald Sutherland turns 86. The late Phyllis Diller and James Cagney were also born on this day – she in 1917 and he in 1899.

On this day in 1968, The Beatles animated film, Yellow Submarine, opened in London, and on this day in 1959,  the Alfred Hitchcock classic, North By Northwest, premiered in Los Angeles. It starred Cary Grant.

The hit film, The Mask of Zorro, teaming Antonio Banderas, Catherine Zeta-Jones and Anthony Hopkins, was released on this day in 1998.

Oscar-winning actress Helen Hunt married versatile actor Hank Azaria, one year her junior, on this day in 1999, in Los Angeles.

Yellow River by Christie reached the top of the South African singles chart on this day in 1970. It spent only one week there. Just saying…