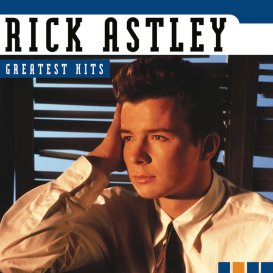 Singer Rick Astley (pictured), who gave us the hit Never Gonna Give You Up, turns 55 today, while Axl Rose, frontman of hit band Guns N’ Roses, turns 59.Today also marks the birthday of reggae legend Bob Marley, who was 36 when he died in 1981.

It was on this day in 1979 that The Who rock opera, Tommy, played at the Queen’s Theatre in London, where it enjoyed 118 performances. It was later, in 1993, that the show was turned into a full Broadway musical.

On the TV scene, it was on this day in 2012 that the musical-drama series, Smash, premiered on the NBC network in the US. The show chronicled the creation of a fictional stage musical about Marilyn Monroe.

The song topping the Springbok Radio chart this week in 1979 was Too Much Heaven by the Bee Gees, their third and final No 1 hit in South Africa. It spent seven weeks crowning the chart. Just saying…