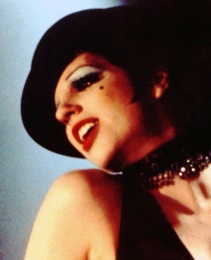 On this day in 2008, reports Playbill, Liza Minnelli (pictured) returned to Broadway for the first time in almost a decade, in her concert show Liza’s At The Palace!, in which she paid tribute to her godmother, vocal arranger and performer Kay Thompson.

Today marks the 72nd birthday of rocker Ozzy Osbourne, while US actresses Julianne Moore and Daryl Hannah turn 60. Brendan Fraser, star of the The Mummy movies, has 52 candles on his birthday cake and former, Oscar-winning child star Anna Chlumsky turns 39.

On this day in 1972, the Johnny Nash classic, I Can See Clearly Now, was still firmly at the top of the South African pop charts, where it rocketed on October 13 and remained for 13 weeks, setting a new record. Just saying…