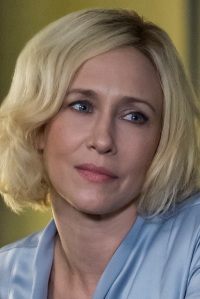 Actress Vera Farmiga (pictured), here in a scene from of Bates Motel, turns 48 today, while British singer Geri Halliwell, also known as Baby Spice of The Spice Girls, turns 49.  Turning 48 today is Welsh singer Donna Lewis, who had a hit with I Love You Always Forever.

The stage musical Oh, Calcutta! closed at New York’s Edison Theatre on this day in 1989, having enjoyed 5959 performances. And this day in 1965 marked the release of  the hit Help album by The Beatles.

The 5000 Volts hit, Walking On a Love Cloud, was topping the South African singles chart on this day in 1977. It stayed at No 1 for a week. Just saying…