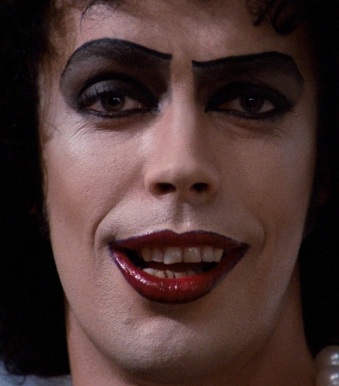 Tim Curry (pictured), star of The Rocky Horror Picture Show, turns 76 today, while on this day in 1934, Shirley Temple appeared in her first movie, Stand Up and Cheer.

This day in 1967 saw the premiere of the James Bond comedy, Casino Royale. It teamed Peter Sellers and David Niven.

Actor-musician Dudley Moore, star of Arthur and 10, who died in 2002, was born in London on this day in 1935. Among others born on this day are actor James Franco (now 44), actress Kate Hudson (43) and actress Ashley Judd (54). Local theatre and music personality Dawn Lindberg, who died, aged 75, on December 7, 2020, of Covid-19, was also born on this day, as was local singer-actress Lelo Ramasimong.

On this day in 1974, Hello Girl by Dr Marigold topped the South African Springbok Radio chart. It remained there for two weeks. Just saying…