WHAT CAN RADIO FANS EXPECT FROM YOUR SHOW?

A welter of anecdotes about radio personalities and programmes, peppered with a variety of soundclips of well-known voices and well-remembered signature tunes.

WHERE HAVE YOU PERFORMED THIS PRODUCTION?

The show has been performed several times at the Rhumbelow Theatre in Durban, Maritzburg and Umkomaas. It was also a popular feature in 2015 and 2016 at the Kynsna Arts Festival.

WHERE AND WHEN WERE YOU BORN – AND HOW DID YOU GET INTO RADIO?

I was born on November 3, at the Florence Nightingale in Hillbrow, Johannesburg, and lived in Rivonia, north of the city, until I was 16… when my dad was transferred to Durban.  I had my last two years of schooling here, followed by three years at Durban Teachers’ Training College.

Three-and-a-half years into teaching at Northlands Boys’ High School I was invited by friends to accompany them to a recording of Men From the Ministry. I was transported and instantly felt an ache to be part of it all. Tom Meehan advised me to go to a formal English Service audition and I got in.

WHAT MARKED YOUR FIRST BIG BREAK ON RADIO – AND HOW DID IT HAPPEN?

I had only done one play for the English Service when I got a call from Tom Meehan saying he had something for me.

He was starting his second comedy on Springbok and wanted me for one of the principals. This was an exciting leap of faith because I’d never done anything for him before.

The other members of that cast, from whom I learnt so much down the years and who were destined to become much-loved friends, were Tommy Read, Maureen Adair and Margaret Logan, with Tom himself making an occasional appearance as the vicar.

It was absolutely the right time for me to get into radio as an actor. The prospect of TV starting in this country in about four years time led the big studios in Johannesburg losing a certain amount of interest in Springbok and, as slots became available, Durban snatched a lot of new time.

Towards the end of 1971, the Meehans were suddenly doing Friends and Neighbours and then, in 1972, The Navy Lark – and I was a full member of cast in both.

The one programme which gnawingly stayed out of reach was Men from the Ministry – but that changed when Pat Simpson suddenly died mid-year… and I was in. A hugely heady, exciting time!

GIVE SOME IDEA OF THE MANY VARIOUS SHOWS AND CHARACTERS YOU HAVE PLAYED ON AIR OVER THE YEARS  – AND WHAT HAS BEEN A PERSONAL HIGHLIGHT?

Far too many for me to be able to recall, but I was involved in every comedy that Tom and his son, Barry Meehan (known on air as Brian Squires), ever produced.

In only one did I ever get to play the lead because I was of far more use to them as a character actor, using different voices and accents – sometimes playing three or four characters in one show. My record was seven in an episode of Friends and Neighbours. That was what I loved doing best.

Oddly, perhaps, my radio highlight was on Radio South Africa in a Don Ridgway-produced programme called Short Story. Don used me to read stories in which there were characters, and I did all the voices and accents of the characters in them. I received a lot of compliments for my efforts and it felt very good!

WHAT  MARKED YOUR LAST TIME ON RADIO? AND WHAT MEMORIES OF THAT EXPERIENCE?

It was probably the last recording of Men from the Ministry, though I don’t really remember. There are no particular memories because it was just more of the same. But it was a poignant time.

WHAT HAS BEEN YOUR MOST EMBARRASSING AND/OR AMUSING MOMENT ON AIR?

At first I found reading the News on Radio Port Natal a very definite strain; my nerves were shattered because, of course, it was live. I remember pronouncing the Afrikaans word “nuus” as “nuis” and I cringed at that. It got easier!

The most amusing incidents never happened on air –  there were plenty of them because they were all recorded and mistakes could be edited out.

In a heavyweight, one-and-a -half-hour production, a play on the life of Christ, we were moving towards the finale… and we were all exhausted, no-one more than the actor playing Christ.

As he was laboriously hauling that enormous cross up to Calvary, he loudly broke wind – and the tension was gone. We roared!

WHAT ARE YOUR VIEWS OF RADIO SHOWS AND PRESENTERS TODAY?

There are no shows like ours anymore. Radio drama died after 1994/5 with some drama coming from Johannesburg but none in Durban.

To me, today’s presenters are a disgrace. There are no standards anymore, and the accents and pronunciations are appalling. I have always been very conservative on this point. No-one who can’t speak English properly should be allowed anywhere near a public microphone.

TELL ME ABOUT YOUR TEACHING – WHERE AND WHEN, WHAT DID YOU TEACH?

I only ever had one posting – to Northlands Boys’ High School in Durban North, where I stayed 17-and-a-half years before resigning. I was burnt out.

I turned to an enlarged radio career – because I was then available during the day – as well as cabaret; my comedy gigs taking me all over the country.  Later came films, TV and stage.

HOW LONG HAVE YOU BEEN A STAGE ACTOR – AND WHAT HAVE BEEN HIGHLIGHTS FOR YOU?

My first show was in Durban’s Playhouse Cellar, where we did British Music Hall. Great fun.

After that came Amadeus, Cinderella (great fun again, but exhausting because of all of the running around in heavy costumes), Charley’s Aunt, Fiddler on the Roof, My Fair Lady (two productions) West Side Story and, most recently, The Sound of Music – all at the Playhouse.

I also took part in two productions of The Guitar that Rocked the World at the Elizabeth Sneddon Theatre, and appeared in Boogie Wonderland at the Barnyard, Gateway.

WHAT WERE THE MOST RECENT STAGE SHOWS YOU WERE IN?

West Side Story (2013) and The Sound of Music (2016). My favourite stage role ever was as Colonel Pickering in the 2006 production of My Fair Lady. I had a ball, and have never had so many nice things said about me on stage.

TELL ME ABOUT YOUR LONGTIME HOBBY REGARDING MODEL TRAINS.

I’ve loved trains all my life. I started collecting in about 1989 and have never stopped.

I purchased the apartment opposite the one I live in and, with considerable help, started building a huge layout (it must be about 65m²) which runs through three rooms.

The emphasis has always been the finest detail and it gives me great pleasure. Pure therapy.

WHAT PLANS FOR THE REST OF THIS YEAR – AND BEYOND?

Apart from another showing of The Golden Days of Springbok Radio at Tina’s up in Kloof, nothing. There’s not a lot available for an actor in his 70s. I take it as it comes and give it my best shot.

Loving, loyal, neurotic, impatient – and pedantic, when it comes to spoken and written English.

WHAT ARE FIVE THINGS ABOUT YOURSELF (HOWEVER TRIVIAL) THAT PEOPLE ARE UNLIKELY TO KNOW?

I am a first-generation South African… and for many years I wore a hairpiece (oh, the vanity of the young actor, appalled at what was happening to his scalp! I hated the thing and was glad to get shot of it).

I hated Durban for the first five years (several reasons) and only settled down when I started teaching. 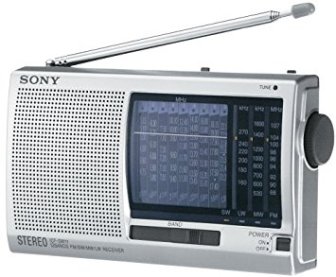 Outside of the Durban North community it is not widely known that, though I studied to teach English and History, I taught nothing but Afrikaans for which, not unreasonably, I’m proud to tell you, I gained a good reputation.

I have a tiny family: just one cousin and her four offspring.

THE MOST FAMOUS PERSON YOU HAVE MET  – AND WHO WOULD YOU GIVE GOLD TO MEET?

The most highly profiled – big deal! – was probably David Hasselhoff (Knight Rider). All the people I’d really love to have met are no longer with us: Laurence Olivier and others. But, I guess: Judi Dench, Maggie Smith. Tom Cruise and the Queen, of whom I am a big admirer.

WHAT FIVE THINGS WOULD YOU LIST UNDER ‘VASTLY OVERRATED’?

Celebrity, reality TV (I hate it), some “arty” films and modern music (what passes for music). Also, modern stand-up comedy, so much of which involves people screeching and going frantic on stage, and finding something funny in snot or abortions (I’ve heard ’em).

Actor-director Themi Venturas once said to me a number of years ago: “What I like about you (as an actor) is that you get on with it”. He meant that I didn’t need to be directed every inch of the way. I have the courage to improvise, change scripts (not always appreciated) and generally solve my own problems.

WHAT IS THE WORST TROUBLE YOU HAVE EVER BEEN IN?

I can honestly say I never have been in any trouble of note. I got crapped on by a production manager of a TV serial for sneaking home to Durban over a weekend, but it was a storm in a teapot.

THE MOST FRIGHTENING THING THAT EVER HAPPENED TO YOU?

Being stopped at a road block when I was over the limit… but relief was instant. One of the cops pushed back his helmet and said: “Hello, Mr Graham! Thank you… on your way…” More relief than Alka Seltzer. An appreciative ex-pupil.