VERSATILE Durban band The Reals has a feast of music lined up in the next six weeks at the Rhumbelow Theatre’s Tina’s Hotel branch at 14 Beryldene Road, Kloof.
The band is to present two new shows, British Invasion and The Reals with Neill Solomon and Dan Chiorboli, as well as two previous stage successes, Woodstock and Cold Fact – A Tribute to Rodriguez.

First up is British Invasion, to be staged at 8pm nightly from Wednesday to Saturday, August 1 to 4, and at 2pm on Sunday, August 5. It will be repeated at the same times from Wednesday to Sunday the following week. This show has singer-guitarist Barry Thomson, keyboardist and musical director Dawn Selby, drummer Mali Sewell and bassist Jason Andrew sharing the stage with guest guitarist Shaun Dragt.

The British Invasion was a cultural phenomenon of the mid-1960s when rock and pop music acts from the UK became popular in the US and significant to rising ‘counterculture’ on both sides of the Atlantic. Pop and rock groups such as The Beatles, the Dave Clark Five, The Kinks, the Rolling Stones and The Animals were at the forefront of the invasion, furnishing the model for many important global developments in pop and rock music.

In February 1964, The Beatles started the first British Invasion, appearing on American TV’s Ed Sullivan Show. The band held the top five positions on the US Billboard Hot 100 singles chart which to date, no other act has achieved and it wasn’t long before other UK bands joined the invasion.

The Reals pay tribute to the pioneering artists pioneering and those who continued with the British Invasion. Expect music associated with The Beatles, The Animals, The Who, Rolling Stones, Led Zeppelin, Oasis and many others. 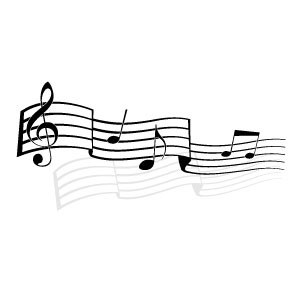 Their new The Liberation Project has just released Songs That Made Us Free – South Africa / Italy / Cuba (co-produced with Phil Manzanera of Roxy Music and Pink Floyd fame). This epic, triple-CD musical adventure, based on the freedom and liberation theme of the three countries, features 36 songs recorded in 20 different studios around the world, with 142 musicians and groups from 18 different countries. For more info visit http://www.theliberationproject.co.za

Following on from their sold-out concert at the Joburg Theatre commemorating Nelson Mandela’s legacy as a finale to Africa Month, and performances at the Cape Town International Jazz Festival and Soweto International Jazz Festival – the duo are excited about coming home to seeing their old friends and perform (together with The Reals, a full spectrum of sojngs from their early days through to the current album.

It’s a great show featuring all the big hits from a musician who was virtually unknown in the 1970s, his music lost in his native US but a symbol of rebellion for the underground white, anti-apartheid sub-culture in South Africa. The show features all Rodriguez’s best songs, among them I Wonder, Establishment Blues and Sugar Man.

Woodstock has The Reals teamed with guest vocalist Marion Loudon. It is to be staged at 8pm nightly from August 29 to September 1, and at 2pm on September 2, as well as the same times from September 5 to 9.

The show will celebrate the 49th anniversary of the “three days of peace and music” celebration, Woodstock, where 32 acts performed to an audience of 400 000 young people. It took place from August 15 to 18, 1969, on Max Yasgur’s 600-acre dairy farm in the New York town of Bethel.

Creedence Clearwater Revival was the first act to sign a contract and this persuaded other big acts to follow suit.

Rolling Stone magazine listed Woodstock as one of the “50 Moments That Changed the History of Rock ’n’ Roll”.