TELL US ABOUT ‘AVENUE Q’ … AND WHAT WOULD YOU SAY TO PEOPLE TO ENCOURAGE THEM TO SEE IT?

The easiest way to describe Avenue Q is The Muppets for adults. It is extremely funny and insightful with the right amount of tenderness. The story follows a handful of young people in New York. No matter who you are, you’ll relate to all the themes in the show one way or another.

TELL US ABOUT THE CHARACTER YOU PLAY AND HOW HE FITS INTO THE TALE.

Well, I bounce around between different characters at times, but the main character I play is one of the Bad Idea Bears. They are basically the good and bad conscience of some of the characters, except that they are always bad. He is so much fun to play as he is outrageous and says very inappropriate things. 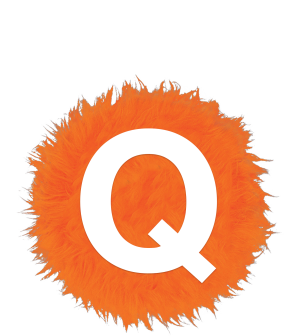 HOW, WHEN AND WHERE DID YOU COME TO HEAR OF THIS SHOW AND SUCCESSFULLY AUDITION FOR IT?

I’ve known one or two of the show’s songs for years now, and working with puppets on this level is another challenge I’ve always wanted to do, so when my agent (Leads Artist Agency) sent me the brief I was very excited.

The audition involved us preparing certain songs and extracts from the musical, and we had to use an actual puppets almost from the get-go. It was challenging, but fun.

IS THIS A BIT OF A BREAKTHROUGH ROLE FOR YOU IN JOBURG THEATRE CIRCLES, EVEN THOUGH YOU WERE THERE WITH KICKSTART’S ‘SHREK THE MUSICAL’, PLAYING PINOCCHIO?

Well. one can always hope, ha ha, but yes, in a way it is another step in the right direction. Whether or not it’s a breakthrough, time will tell, but it’s definitely a foot in the door. Although I’ll always miss Durban.

HOW CHALLENGING IS ‘AVENUE Q’ OVERALL? WHAT FUN ANECDOTES CAN YOU SHARE FROM REHEARSALS

Avenue Q is a lot more challenging than people might think, as puppetry is a vast subject to tackle. It’s not as simple as working a puppet, you have to actually breathe life into a body other than your own. The puppet has to be grounded in reality and so it’s a lot to try to get right, but it’s super-exciting to take on the task.

THE ORIGINAL ‘AVENUE Q’ LEAD PERFORMER, CLIVE GILSON, HAD TO DROP OUT FOR HEALTH  REASONS AND RYAN FLYNN IS NOW IN THE LEAD AS PRINCETON. HOW HAS HE COPED WITH A LATE START IN REHEARSALS?

Ryan has been an absolute professional and really great to get along with. We wish Clive a speedy recovery.

WHAT IS YOUR FAVOURITE MOMENT IN THE SHOW WHICH IS THE WINNER OF 2004  TONY AWARDS FOR BEST MUSICAL, SCORE AND BOOK, A SHOW DESCRIBED AS ‘PART FLESH, PART FELT AND PACKED WITH HEART’?

To be honest it’s really hard to just pick one, as I love the songs and there are some real laughs in the show. But one of my favourite moments is a beautiful ballad sung by Ashleigh Harvey.

WHAT HAS BEEN YOUR MOST MEMORABLE MOMENT EVER ON STAGE?

Playing Jack in KickstArt’s Into the Woods. It was a great role that I could sink my teeth into. A very rewarding show.

HOW DID YOU GET YOUR FIRST BREAK IN THEATRE – IF I CORRECTLY RECALL YOU HAD NO FORMAL POST-SCHOOL TRAINING?

It was the audition for KickstArt’s The Wizard of Oz in 2008, and, yes, I had no formal training, but I had a massive passion and love for theatre. By the time the curtain closed on the opening night, I realised more than ever that this was the career for me. It was freeing beyond all belief.

WHAT AWARDS HAVE YOU WON?

A couple of years ago I participated in an international singing competition in Bulgaria where I placed second in both categories (Cover Song and Original Song) against people from all over the world.

I also placed first in the local Gateway To Fame contest and most recently won a Durban Theatre Award for Best Supporting Actor for Jack from Into The Woods. It’s been an honour.

AWAY FROM THE STAGE YOU VOICEOVERS? TELL US MORE.

I do anything from adverts to overdubbing for foreign shows. It’s really fun as it’s just another form of acting, but all in your head using only your voice. When I’m not doing that sort of stuff, I’m working on my own solo music career with a producer in Joburg.

YOUR MOST EMBARRASSING MOMENT ON STAGE?

It would probably be every time I’ve just gone blank and forgotten something. Happens to the best of them, but you learn to quickly recover or mask it the more it happens.

THE MOST FAMOUS PERSON YOU HAVE MET – AND WHO WOULD YOU GIVE GOLD TO MEET?

Series, movies, gaming, reading, being around friends and relaxing outdoors.

That I look like Harry Potter. I’m sure there’s more, but I can’t remember.

WHAT HAS BEEN THE HIGHLIGHT OF YOUR YEAR SO FAR?

WHAT ARE YOUR FEARS AND PHOBIAS?

Snakes (I was traumatised as a kid) and heights (because falling to your death is a great way to ruin your day).

WHAT THINGS DO YOU MOST MISS FROM CHILDHOOD?

THE MOST FRIGHTENING THING THAT EVER HAPPENED TO YOU?

Being hit by a car head-on. I woke up three days later in hospital.

Fab: beer around a braai at sunset, star-gazing, swimming in the ocean, early morning coffee and making people happy.

No-nos: People with egos; fake news; ‘flat earthers’; use of the word ‘bae’ or ‘on fleek’; and treating your fellow human like anything less.

WHAT IS THE MOST PAINFUL THING YOU HAVE ENDURED? PLEASE ELABORATE.

Popping both my shoulders while long-boarding, while doing physical shows at the time.

FIVE THINGS ABOUT YOURSELF, HOWEVER TRIVIAL, THAT MOST PEOPLE ARE NOT LIKELY TO KNOW?

I’m godfather to my nephew; I got a black-belt in karate at the age of 12; I was born in Port Elizabeth; most of my family is in Dubai; and I’ve driven coast-to-coast across America with my best friend.

SOME FUTURE PLANS, HOPES AND DREAMS?

Well, dreams stay dreams without a game plan, so it’s more of a to-do list. And I think the next step will be an international tour and then, hopefully one day, Broadway and/or the West-End.