ONE of the most amusing, sassy and novel stage musicals you are ever likely to see opens at Johannesburg’s Pieter Toerien main theatre at Montecasino next week.

It’s the acclaimed Avenue Q which is being presented for the first time in South Africa – from May 10 to July 15 – after having wowed the world for years and beaten the popular Wicked to take New York’s coveted Tony Awards for best musical, best original score and best book of a musical in 2004.

A sort of Sesame Street for adults, described as “part flesh, part felt, and packed with heart”, the show features actors that operate large puppets in full view of the audience, using both their hands while singing, acting and dancing.

The musical tells the story of a recent US college graduate named Princeton (to be played by Ryan Flynn, seen in Durban as Prince Charming in the Playhouse Company’s Cinderella musical a few years ago), who moves into a shabby New York apartment all the way out on the downtown street of the show title.

Princeton soon discovers that although the residents seem nice, it’s clear this is not your ordinary neighbourhood. Together, he and his newfound friends struggle to find jobs, dates and their ever-elusive purpose in life.

I saw the London production at the Noel Coward Theatre some years ago and loved it. I also bought the Grammy-nominated soundtrack album of the show, filled with clever humour and delightfully catchy songs.

The puppets are animated and voiced by actor/puppeteers who are present, unconcealed, and on stage but remain “invisible” relative to the storyline. That is, puppets and human characters completely ignore the puppeteers, and the audience is expected to do so as well, adds Wikipedia.

VR Theatrical and Kosie Smit are co-presenting the South African production which is directed and choreographed by Timothy le Roux, with musical direction by Dawid Boverhoff. Kosie Smit is tasked with puppet creation as well as scenic design. Lighting design is by Oliver Hauser. 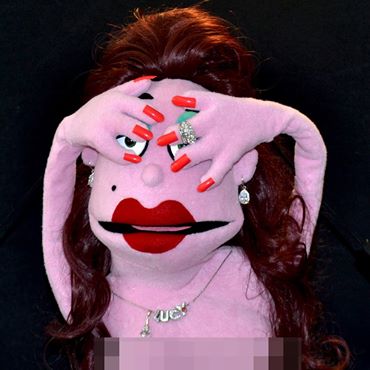 Said Le Roux: “The all South African cast was put through paces at auditions late last year. In musical theatre jargon the term ‘triple threat’ is often used to describe a person who is good at acting, singing and dancing. What makes this piece of theatre unique is that it includes all that – plus puppetry skills, which requires intensive training for our actors.”

Performances at Pieter Toerien’s Montecasino Theatre will be at 8pm from Wednesdays to Saturdays, with matiness scheduled for 4pm on Saturdays and 3pm on Sundays.

Ticket prices range from R100 to R350 and are available at Computicket. For block booking discounts contact Geraldine at geraldine@montetheatre.co.za.

Don’t miss this one!