AT A time when Durban has experienced one of its leanest theatre years in yonks, what a great pleasure to welcome a new performance space to the city.

The Rockwood Theatre, which opened in November, is the ‘baby’ of husband and wife Tom and Anne Muller, who originally owned and ran the Barnyard Theatre in Pretoria, and earlier this year shook off the franchise to create their own Rockwood Theatre in the same space, operating along similar lines.

Such was its success that the Mullers have now, in conjunction with Sibaya Casino, refurbished and breathed new life into Sibaya Casino’s former Krakatoa nightclub, to the right of the casino’s main entrance area. It’s an attractive venue.

Three levels of seating face or overlook the stage in this 300-seater where there is a VIP area, seating at counters or seating at tables of eight. Reasonably priced, good-value meals are available at the venue, as are drinks and coffee.

The opening show, which originally opened the sister venue in Pretoria, is Knowing Me, Knowing You, a tribute to great partnerships of rock and pop, devised and directed by Durban performer Andrew Webster, star of many stage musicals and countless Barnyard Theatre productions.

Newly relocated to Durban, Webster is now show devisor and director for the Rockwood Theatre group and has come up with a lively and colourful  tribute show.

Knowing Me, Knowing You is headed by award-winning Durban singer-actress Liesl Coppin (a member of the popular Glitter Girls trio) on vocals, alongside fellow singers Jemma Shankland, Ofentse Mokhuane and Jean Citto (who had a weekend stand-in, blond Gerhard van der Merwe, at the show I attended).

With heavy emphasis on imaginative, often frenetic lighting and costume changes, but with only minimal linking narrative and without a string of super-corny cracks – always a weak point of Barnyard Theatre shows, in my opinion – Knowing Me, Knowing You offers a great song selection, a brisk pace and a particularly fine band.

The stage is smaller than that at the now-defunct Barnyard Theatre at Gateway, and the movement more confined as a result, but the more intimate space works well – and there is a better connection with the audience, particularly when the vocalists leave the stage to mingle with the crowd.

The production is certain to delight anyone who has been missing the old Barnyard shows, and the two female vocalists, in particular, are confident and versatile, while saxophonist Kirsty – a local Barnyard regular who has a solo spot in the show with The Beatles’ Come Together – is also a constant eye-puller.

Opening with a string of Abba and Tina Turner hits, followed by a good Fleetwood Mac medley, the production’s first half also nods to The Rolling Stones, Carly Simon, Michael Jackson and, immediately before interval, Lionel Richie and Diana Ross.

The second half opens with a fine drum solo by Dylan van de Linde before Liesl and Jemma, both in red dresses, sass things up with Bang Bang. We also get a string of Roxette favourites, a fun medley of Gipsy Kings hits (with Liesl in flamenco frills), a good rendition of Amy Winehouse’s Valerie (in which the two women vocalists snake through the audience) and a medley of Chicago power ballads performed by the men.

The show closes on a high note with classics by Mango Groove and The Beatles, and an encore of Fleetwood Mac’s Don’t Stop that has Calli Thomson on lead vocals.

There were some acoustics issues at the venue, which resulted in occasionally muffled vocals, the night I was there, but management had already acknowledged the flaw and mentioned plans to rectify the problem, so it has probably been sorted out by now.

The venue is wonderful and I am holding thumbs management takes a gamble or two (this is a casino, afterall) and, once the theatre has built up a following, considers exploring shows beyond showband tributes… a mini musical, perhaps? How about a revival, say, of the award-winning Burlesque, the popular revue staged a few years ago at the now-defunct Heritage Theatre at Hillcrest?

While I am making suggestions, perhaps something could be done about the Rockwood Theatre’s exit areas, close to the stage, at the end of each of the upper levels, which remain lit during the performance? This can be distracting, especially when people move about there, and I am sure a simple black curtain at each exit would sort out this small problem.

It might also be a good idea to consider a simple black curtain to cover the lower section of the venue’s illuminated staircase during the show, as the bright under-step lighting can be jarring for those seated at nearby tables.

Knowing Me, Knowing You runs every Thursday to Sunday until January 28. Performances are at 8pm Thursdays to Saturdays, and 2pm on Sundays. Doors  open 90 minutes prior to show time.

The venue has pizzas, platters and light meals on sale, but patrons can also take along their own food if it has been bought at the Sibaya Food Court. All beverages, however, have to be bought at the theatre.

Note that the theatre encourages patrons to pre-order meals when making bookings. Platters need to be ordered at least 48 hours in advance. 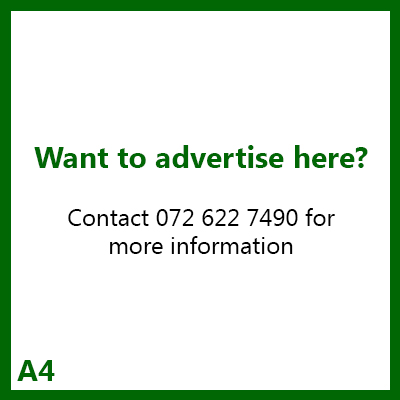